Kingdom People – Those Who Amaze 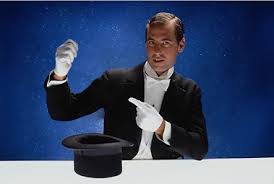 Kingdom People – Those Who Amaze

Testimonies are powerful advertising tools, but they can also be liabilities. A few months ago television celebrity Dr. Oz was criticized by a Senate consumer panel for overstating the benefits of a weight-loss product.  The good doctor was never paid for his comments, and never gave others permission to use his name, but he learned the hard way what happens when one is a little too loose with his compliments.

On the other hand, sometimes we are incapable of overstating an outcome. Jesus’ encounter with a demon-possessed man in the land of the Gerasenes is one of those times.  This poor soul was inhabited by a legion of evil beings.  The demons tormented him day and night and led him to run among tombs outside of town and cut himself with a sharp stone.  The town’s people tried to chain his hands and feet to a rock, but the superhuman power of the legion broke free.  Did I mention he was naked?  That’s right.  The demon-possessed man of the Gerasenes was a chain-breaking, wrist-cutting, embarrassment.  The Chamber of Commerce never mentioned him in their promotional material, but he was the first thing tourists saw.

Then he met Jesus. When demons meet Jesus they act tough, but when Jesus speaks they shrink.  The biblical account of this man’s healing was unique in that God used a herd of nearby pigs as hosts for the demons.   Upon the demons’ request, Jesus cast them into the pigs and the frightened bacon bits ran over a cliff into the water where they drowned (Mark 5:11-13).  I have always wondered what the demons thought as they felt the rumble of the pigs’ feet under them, followed by dead silence as they were launched into space.  Surely they realized they had miscalculated.  Satan and his demons are crafty, but they keep forgetting who is in charge.

The town’s people were so frightened of Jesus’ power they asked Him to leave their region and as He was preparing to leave the healed man asked to go with Him. But Jesus told him to go back home and tell others what had happened.  The man wanted to be a groupie, but Jesus wanted him to be a witness.  When the people heard his story they were amazed.  His story was sound and his healing complete.  No one could argue when they saw the wacko man of the Gerasenes acting like a normal human being.  When the Lord truly transforms a soul, his power is obvious.

What is it that amazes us about followers of Jesus? Perhaps you have met multi-talented people with impressive resumes.  Or maybe you have met those with amazing faith.  I have seen God use people of great ability and faith to do some of His greatest work, but human accomplishments fade with time.

The most amazing characteristic a Jesus follower possesses is his testimony. He can claim to have faith.  He can wow others with his talent.  Yet, a testimony proclaims the before and after.  It tells a story of God’s grace in his life, from the moment he heard about Jesus to the day he was transformed by His grace.

Testimonies can be fabricated for strangers, but a real-life transformation will leave a mark on the hearts of our friends and family members. They may not understand why we are different.  Some might even resent the change.  However, it is hard for anyone to say a change has not taken place.

Kingdom people amaze, not by their own strength, but by the power of Jesus working in them. Transformed people are attractive.  They prove anyone can change, and they give hope to those who are running through their own empty tombs.

If you have been touched by the grace of Jesus, don’t worry about how you can impress the world with your faith. Be yourself.  You are an amazing work, not by your power, but by His.  There is an old song that says, “I stand amazed in the presence of Jesus the Nazarene, and wonder how He could love me, a sinner condemned, unclean.”  Let His amazing love flow through you.