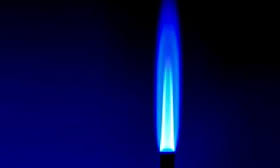 Pilot lights on stoves used to burn constantly, but they were replaced with ignition systems  several years ago for safety reason.  I miss them.  They were a convenient resource when the power went out and we couldn’t find a match to light a candle.  Stove pilots were the original indicator lights guiding us to the kitchen faucet for a late-night drink of water (yes, we used to drink water out of the kitchen faucet).  And the fumes from the pilot light flame created a distinct sensory cue in the space where family memories were formed.

Ok, so pilot lights were also dangerous, especially if they went out.  And a ready source of fire isn’t always the best thing when there are young boys in the house who try to light rolled up newspapers and race to the fireplace.  I have heard this can happen.

The history of the pilot light is a bit scant.  Small flames were kept burning in Colonial days, for the purpose of lighting bigger fires.  Some think the word pilot was chosen because a small flame “pilots” people to a bigger one.

This makes the old stove pilot light a great metaphor for a bible servant.  John the Baptist was the light before The Light, as he came to prepare the way for Jesus.  I realize this metaphor breaks down a bit since a pilot light and a stove top burner use the same flame, and John and Jesus were not the same.  But stick with me for a moment.

The apostle John wrote, “There came a man who was sent from God; his name was John. He came as a witness to testify concerning that light, so that through him all men might believe. He himself was not the light; he came only as a witness to the light. The true light that gives light to every man was coming into the world.” (John 1:6-9)

Still, John was more than a warm-up act or a poor representation of the perfect.  He was an excellent witness.  People came from miles around to hear him.  They repented of their sins and were baptized.  In fact, John was so successful he had to purposely debase himself to encourage his followers to leave him for Jesus.  He told the world the long-awaited One was coming and stepped out-of-the-way to let Him lead.

Perhaps the best description of John the Baptist is that he was the small light who showed the world there was a more important Light to come.  He stirred people’s hearts before Jesus came to change them.

John’s role was unique, but there is a sense in which every follower of Jesus is a pilot light.  The Lord’s glow in our lives attracts attention and points the way to the true Light.

Modern ignition systems on stoves are a good thing.  They have probably prevented a lot of accidental bonfires on grandmothers’ rugs. I know this is a random truth, but trust me in this.

However, the fire that kindles our hearts is a good thing.  It “burn within” the two on the road to Emmaus as they reported their encounter with Jesus: “It is true!  The Lord is risen!” (Luke 24:34).  Our hearts will burn as well when Jesus is in them.  Then our light will help others see Him.

Where are you piloting the people you meet?