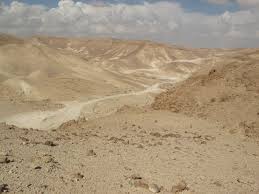 Some people will do anything for power. My grandfather was involved in politics most of his life, and when he died, the funeral chapel was packed with people from every walk of life.  My wife, children and I arrived fifteen minutes before the service began, expecting to sit in a special section reserved for our family.  We stood in the aisle and waited patiently as three men in dark suits socialized with one of our family members who happened to be running for governor at the time.  As the time for the start of the service grew close, the men in dark suits decided to sit down in the family section, effectively edging us out.  We found seats in the main chapel, which were better for viewing the service, but not very good for grieving.  I don’t suspect the men in suits ever realized their gaffe.

A few years later, when my grandmother died, the men in suits didn’t bother coming. The governor’s race was over, my relative had lost, and my grandfather’s influence in the community had waned.  And yes, we were able to take our seats in the family section.  That’s the way worldly power flows, but there is another kind of power…

When John the Baptist started proclaiming the kingdom in the desert, the crowds gathered. Some came with sincere hearts and were baptized.  Others came to question.  The Pharisees asked, “Why, then do you baptize if you are not the Christ, nor Elijah, nor the Prophet?”  John answered, “I baptize with water, but among you stands one you do not know.  He is the one who comes after me, the thongs of whose sandals I am not worthy to untie.”

John the Baptist was exploding onto the scene in a most powerful way. Yet, his attitude was that of a servant.  He was the desert man, paving the way for the Son of Man.  I am certain John was glad to see the crowds because it gave him an opportunity to introduce Jesus.  But as far as his prominence in the kingdom, John just wanted to do his part, then step aside.

It isn’t a sin for a follower of Christ to achieve power, as long as he recognizes the opportunity it affords him to benefit the kingdom. Please don’t misunderstand.  I am not suggesting God puts people in worldly positions so they push people around for the sake of the gospel.  Rather, he needs those who can show the world that true greatness comes through serving.  In a teaching session with His disciples Jesus once said, “You know that the rulers of the Gentiles lord it over them, and their high officials exercise authority over them.  Not so with you. Instead, whoever wants to become great among you must be your servant, and whoever wants to be first must be your slave.” (Matthew 20:25-27)

We can all serve, regardless of our positions in the world. If we are breathing, and old enough to communicate and move our arms and legs, we can serve.  I have seen preschoolers serve the elderly in nursing homes and I have seen the elderly serve preschoolers in their classrooms.  I have seen people serve at home, at work, and at play.  I have watched people reach out to others in their prison clothes and with their bodies shrouded with bandages.   In God’s providence, He takes each of these situations and finds a way to use them for His glory.

You don’t have to live in a desert to be a kingdom person, but you do need to be willing to follow the Lord, wherever He leads. Our work is always about Him, and our calling is to be a vessel He can use.