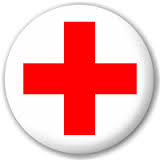 Never ride a friend’s bicycle down “dead-man’s hill.”  I learned this hard lesson as a kid during a summer visit to Kentucky.  The bike looked sturdy.  How was I to know the handlebars were loose?  Allow me to offer one other piece of advice: never try to pop a wheelie with a borrowed bicycle when you are speeding down “dead-man’s hill.”

The last thing I remember was the wheelie.  The next thing I remember was a picture of a cat on a stranger’s wall.  A kind man saw my spectacular crash and transported my tattered, limp body from the middle of the road to his living room couch.  I was later told his wife administered first-aid, but I can’t swear to it since I was drifting in and out of consciousness until arriving at the emergency room.

Guess who was blamed for my accident?  My friend, who coaxed me to go down “dead-man’s hill”?  His father who had evidently failed to respond to a repair request when the nut on the handlebars needed tightening?  Satan?  No.  Me.

I learned something that day about being wounded.  The first things people want to identify are the bad choices we made that led to our injuries.  Ok, so I shouldn’t have popped the wheelie.  But it seems there are always things we could have done to avoid our pain, and those who watch our lives from the sidelines are a bit too quick to show us the error of our ways.

When Jesus ministered on the earth, He met people with all kinds of diseases and demon-induced disorders.  In Matthew 4:23-24 we read, “Jesus went throughout Galilee, teaching in their synagogues, preaching the good news of the kingdom, and healing every disease and sickness among the people. News about him spread all over Syria, and people brought to him all who were ill with various diseases, those suffering severe pain, the demon-possessed, those having seizures, and the paralyzed, and he healed them.”  What a mixed bag of misery!  Some of Jesus’ patients were probably responsible for their condition while others were the innocent victims of circumstances beyond their control.  But Jesus healed them all.

I don’t mean to suggest Jesus wasn’t discerning when it came to how people incurred their wounds.  He knew demons often take up residence in lives or cultures that are spiritually void (Matthew 12:43-45).   On the other hand, He pushed back on those who liked to put labels on those with diseases and other infirmities (John 9:1-3).

The bottom line in Jesus’ ministry was this: the kingdom of God was (and still is) for the wounded.  It was for the physically wounded, and those with mental, emotional and spiritual sickness.  It was for perpetrators and victims.  The only people who were incapable of entering the kingdom were the self-righteous who refused to recognize their spiritual emptiness.

In Luke 15 Jesus told His famous parable of the Prodigal Son.  A younger son demanded his inheritance from his father and wasted it on sinful living in a far country.  While he was away he came to his senses and crawled back home, hoping to be counted among his father’s servants where he could at least have food and a roof over his head.  Instead of treating him like a servant his father threw a party and celebrated his son’s homecoming.  As the band played, the father’s older son listened at a distance.  He resented his younger brother’s ungodly journey as well as the shame he had brought to the family.  His father pleaded with him to come to the party.  He said, “But we had to celebrate and be glad, because this brother of yours was dead and is alive again; he was lost and is found.” (Luke 15:32)

Wounded!  It isn’t the healthy that enter the kingdom, but the wounded.  Wounded people are kingdom people.  We are all wounded by sin in some way, and we desperately need the healing grace of God.

Have you ever wondered why so many institutions that provide care to those who are suffering reflect the presence of Christ?  Hospitals are named after early followers of Jesus and organizations that reach out to the poor and homeless are largely faith-based. It is because the kingdom is all about healing the wounded.  Our King is the Healer and His people reflect His heart.

Never let a wound keep you from the kingdom of God.  The kingdom exists for the wounded, and only those who are willing to admit their need can enter in.